Blog
You are here: Home / Blog / Legal Blog / Family Law / Divorce / Do I have to blame my spouse for the divorce? 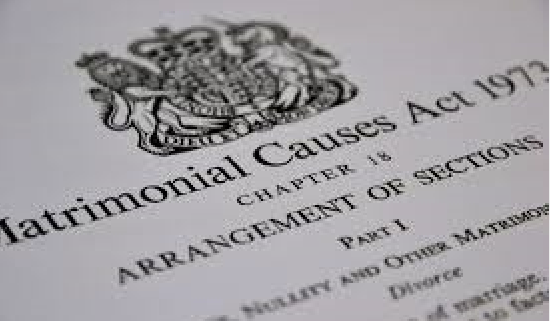 You may have heard in the news last year that the government is proposing changes to the current divorce law. Many professionals working within family law believe that the current law on divorce can lead to increased animosity between parties and that we should be moving towards a  ‘no-fault divorce’ system.

Hannah Rogers, a solicitor in our family team gives an overview of  the current law in respect of divorce and what changes to expect.

The current ground for divorce, under the Matrimonial Causes Act 1973 is ‘irretrievable breakdown of the marriage’. One party shows this by relying on one of the following facts:-

– Adultery of the other party

– Behaviour that they consider unreasonable (commonly referred to as ‘unreasonable behaviour’)

– Desertion for 2 years or more

– Two years separation with the consent of their spouse

– Five years separation without the consent of their spouse

If a couple have not been separated for two years then the only options available to them are adultery and “unreasonable behaviour.” This places the blame on one party for the breakdown of the marriage, when in reality they may both be in agreement that the marriage has broken down. The fault based system can cause increased hostility between spouses therefore making it more difficult to reach an agreement in respect of finances or children matters.

In 2019 the Ministry of Justice proposed a change in the law which would remove the implication of blame on one party. Some of the proposed changes were as follows:-

– Give couples the option of a joint application.

– Removing the ability to contest a divorce.

– Introduce a minimum timeframe of 6 months from the date of petition until final divorce.

These changes would be in addition to the current  requirements. For example, ‘irretrievable breakdown of the marriage’ would remain the sole ground and it would still be a two stage legal process, which is currently known as the Decree Nisi and Decree Absolute.

Unfortunately, a change in divorce law has not been high on the government’s priorities since the initial proposal. Although missing from the Queen’s speech after the general election, the Divorce Dissolution and Separation Bill has made it back to the list of legislation included as part the political agenda for this year. We will be keeping on top of any developments in this area and will be able to advise clients as and when any changes happen.

If you require advice on divorce, matrimonial finances or children matters, you can contact our family team on 01243790532 or email lindseybalchin@owenkenny.co.uk.

What are the differences between Leasehold and Freehold Property?